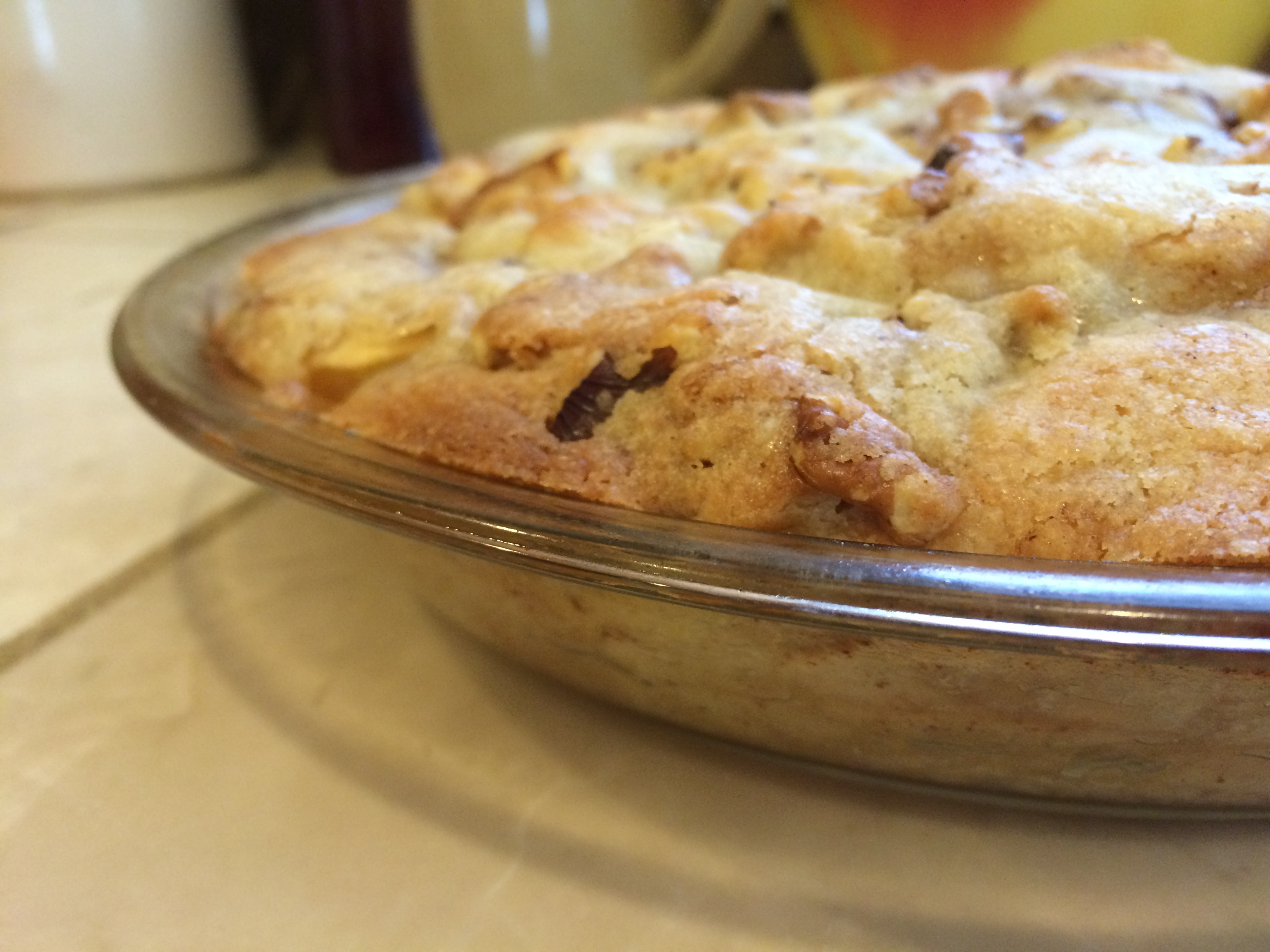 Today I have something mouthwatering to share with you. It’s an amazing, simple, and oh, so tasty recipe given to us by a friend. I am eternally grateful 😉

Now. As to the pie. The recipe is so quick because there is only a top crust, which is spread over the filling and baked along with it.

The walnuts are the star in the crust, and the cinnamon-sugar draws out the apple’s juiciness in the filling. All in all, you have positively pleasing and palatable pie!

Preheat the oven to 350 degrees. 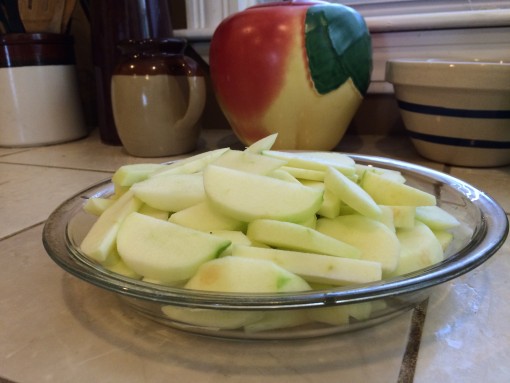 Combine 1 tablespoon of sugar with 1 teaspoon of ground cinnamon. 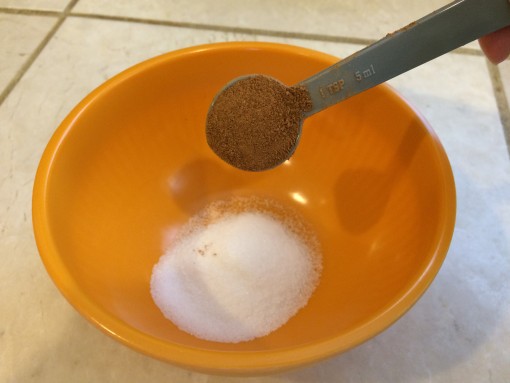 Sprinkle the cinnamon-sugar mix over the apples. 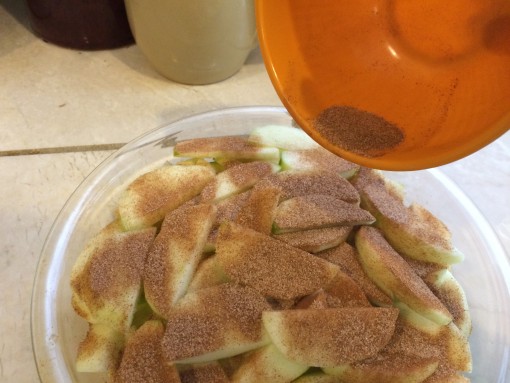 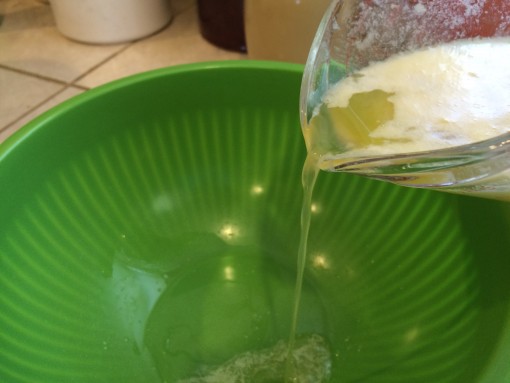 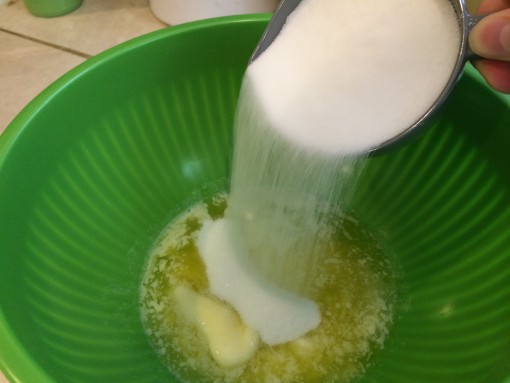 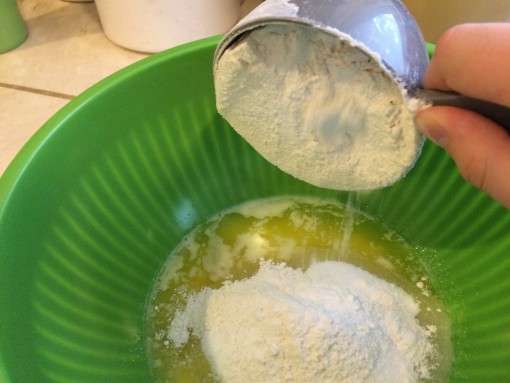 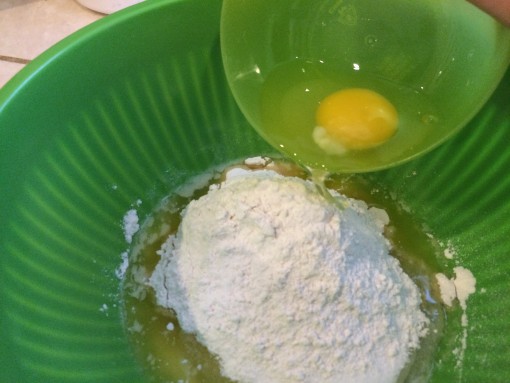 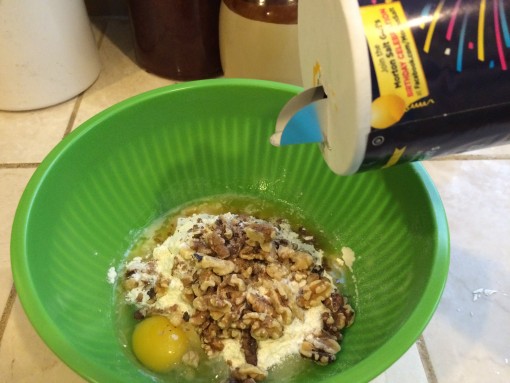 Stir the ingredients until combined. 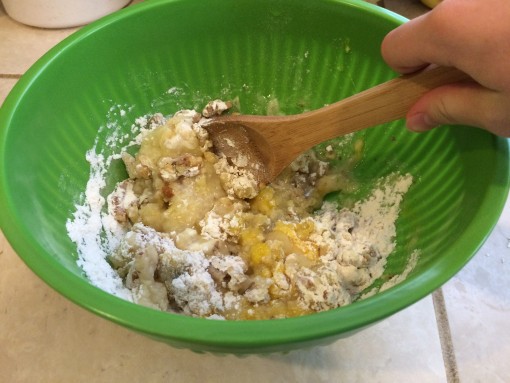 Spread the mixture evenly over the apples, gently distributing it with your fingers. 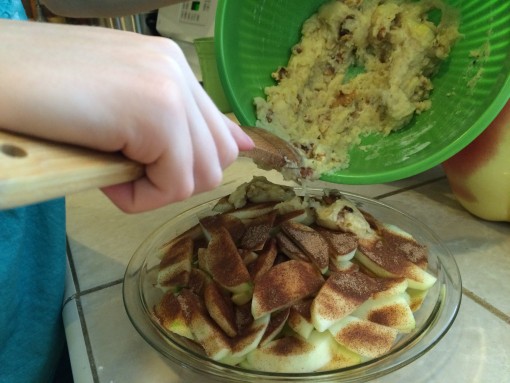 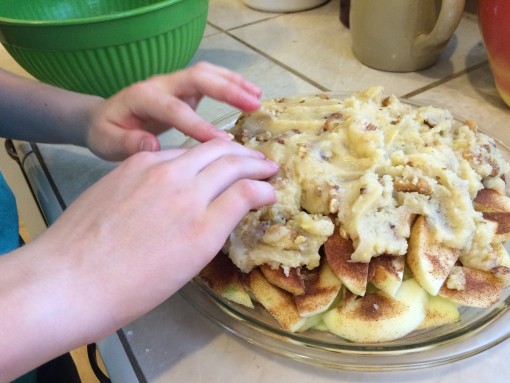 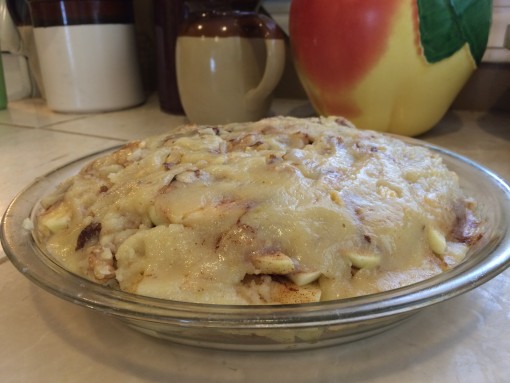 Bake for 45 minutes, or until the crust is golden and the apples are juicy and bubbling. 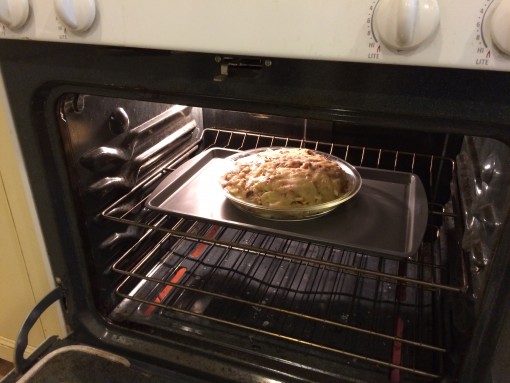 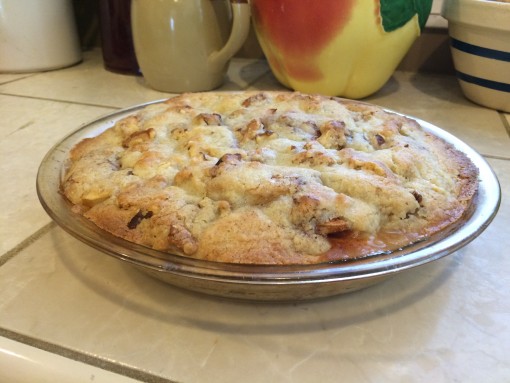 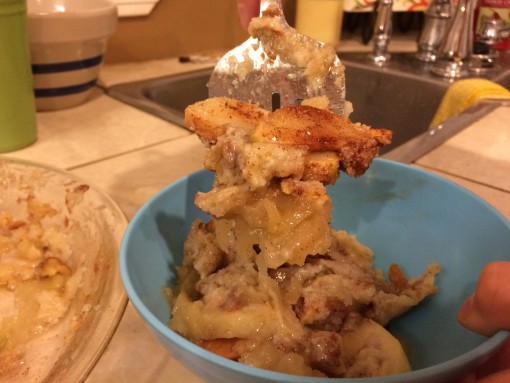 Top with vanilla ice cream for a toothsome treat. 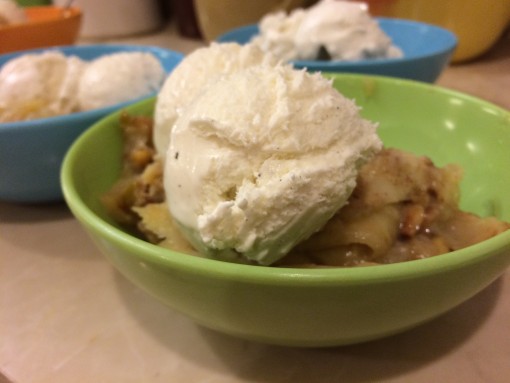