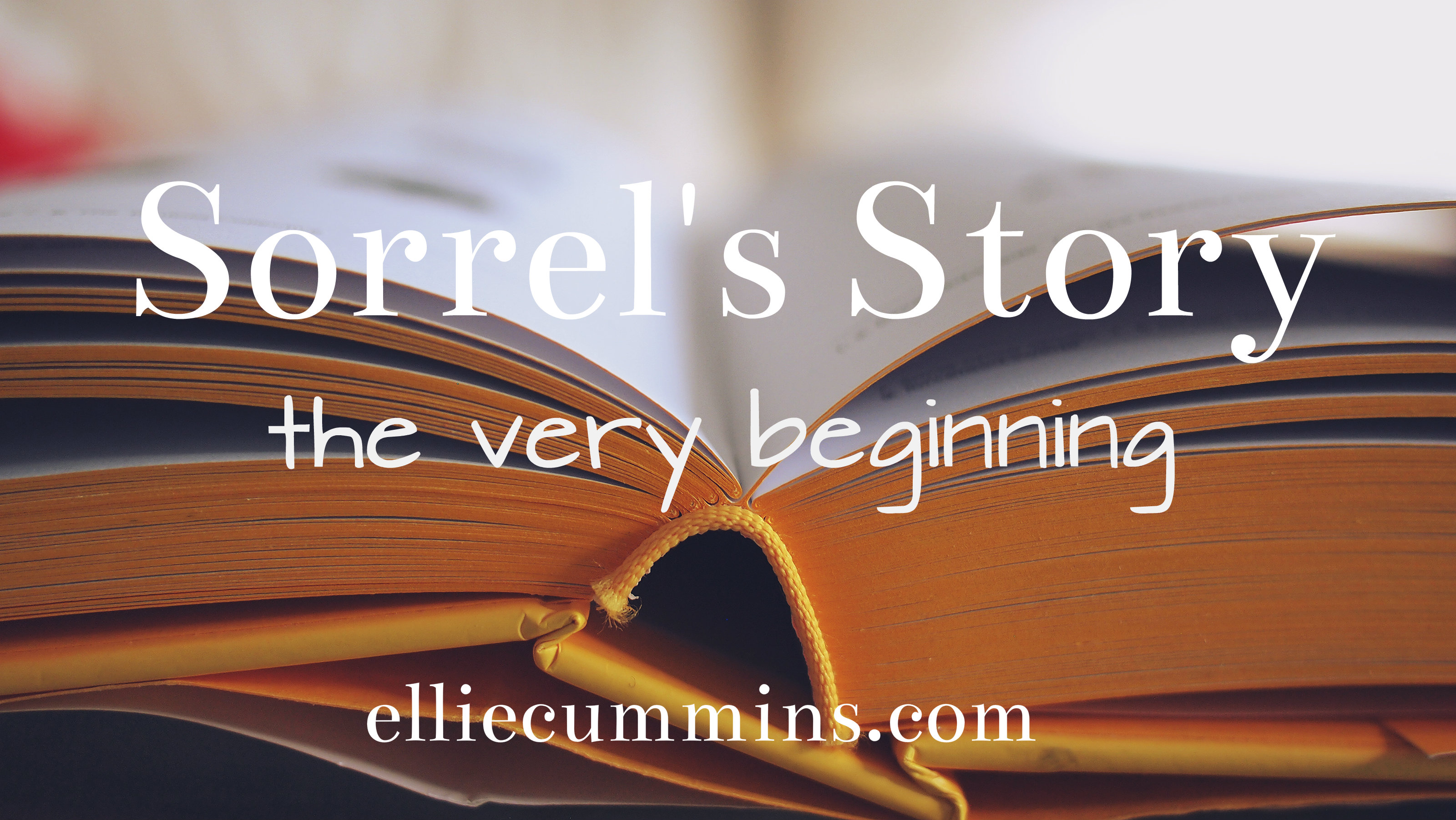 This is the very first installment of my short story, Sorrel’s Story.

I’m going to be publishing a chapter a week.

I began writing this book in April, and now that it’s finished, I’d love for you to read it! 😀

Today, I’m going to give you a taste of the story. Just the beginning.

In fact, it’s the very beginning…

The carriage jolted at every rut, and the woman inside struggled to keep hold of a tiny, red-faced baby. The baby’s eyes were corkscrewed shut, and her tiny mouth was emitting the most piercing and heart-wrenching sound the woman had ever heard.

The woman winced and thumped the baby’s back roughly, unsure of what to do. The baby flailed her arms and screamed louder. “Quiet now,” the woman scolded.

The carriage lurched, and the woman was knocked violently against its frame. The baby’s screams subsided into whimpers. Then she stopped. Her tiny brown eyes darted every which way.

The woman clutched her tighter, afraid to drop the tiny creature. The baby’s eyes focused on the middle-aged woman. A tiny fist reached out for something to grasp. The woman quickly jerked back. The tiny fist closed in thin air. The baby had found nothing to hold on to. She began to whimper. Her eyes roved the carriage wildly. Her head jerked this way and that. Then she was still.

The woman closed her eyes and sighed, leaning her head back to rest. The baby closed her eyes, and fell into fitful slumber. The rest of the journey was silent. The woman brooded, the baby slept, and the coachman drove.

The carriage lurched to a stop. The coachman jumped down from the driver’s seat in order to assist the woman down. The woman handed off the bundled baby to the man and stepped down on her own.

The man held the baby gently and peered at the tiny pink face. The baby was sleeping, but she jerked in her sleep. The man’s face softened. “I used to have me a grandbaby like this one,” he told the woman. The woman didn’t answer. The baby cried out in her sleep.

“What’s to happen to this little one?” the man asked tentatively.

“Her parents are dead. Her grandmother is to raise her,” she said indifferently.

The woman took the baby back quickly and smoothed the folds of her blanket. “Now I must go and deliver her to her guardian,” she said brusquely.

The man turned slowly and climbed back onto the driver’s seat. He watched idly as the woman made her way to the front door. He called out suddenly. “Pray tell. What is the girl’s name?” His worn face listened intently. The woman turned, exasperated.

“They call her Sorrel,” she called back irritably.

Before the man could reply, the woman quickly knocked on the door. The man watched as a maid in a frilled white cap opened it and admitted them inside.

“God help Sorrel,” the man whispered under his breath.

Chapter One will be out next Wednesday.

What do you think of the prologue? I’d love to hear you’re thoughts!

That’s all for now,

Go To Chapter One