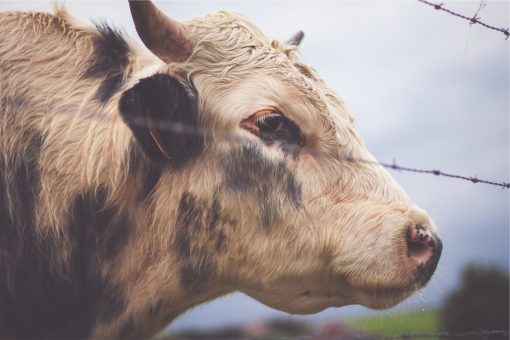 I’m here with the twelfth chapter of Leona.

If you would like to browse any of the previous chapters, you can see a list of the chapters here.

I smiled, my lips parted. Throwing my head back, I stared at the sharp, cloudless sky.

Letting the wind brush the webs in my mind away, I let my thoughts run free.

Mama had wanted Beaver. She had wanted away from the ranch, away from Dad. She said she wanted “a better education” for Bud and me, but I knew deep down that she thought she could escape. Escape the dirt. Escape her faltering marriage and her dull life.

I knew Dad still wanted Mama, but he couldn’t leave all that he had worked so hard for.

On these days, these seldom visits to the farm, I would stare out at the fields and the openness of it all.

I would realize all over again why Dad couldn’t leave the farm, why he wouldn’t give up, even when the dirt was drenching every dream he held close.

This was his home, and he had enough backbone to stand by it.

A dull ache would always start when I thought about these things. About the ranch, about Mama, about the dirt.

I heard the rustling of dry leaves, but ignored it.

Pushing away my thoughts, I turned my face toward the sun and tried to be positive.

Soon the drought would be over, and we would all be happy again. I took a deep breath of the April air, glad to be at the ranch. My hair fluttered loosely around my shoulders. Spotting a cow nearby, I walked slowly, hand extended, until I was standing beside the creature.

She lowed listlessly and stared at me with her hollow brown eyes. Her ribs stuck out at her sides, and her bony hips showed plainly. I put my palm on her side and patted it affectionately.

“Ok, you win. I’ll leave you alone, Miss Grumpy.” I walked off, pretending to be hurt, and glanced over my shoulder. The cow surveyed me apathetically, and returned to foraging.

I went to find Bud. He was in the barn, burning the ends of new rope. “Hi,” I said. He nodded a greeting and continued his work, making sure not to let the sturdy rope catch fire. “Can I help?” I asked. He looked up, contemplating. “Ok,” he said finally, “You can start on that end over there. Don’t let it catch, or the barn’ll go down, too,” he said.

“Why don’t we do this outside?” I asked him.

“Might as well,” he shrugged, “But there’s no table out there.”

I nodded and set silently to work, bent diligently over the blackened rope. “Where’s Dad?” I asked him after completing my work.

“Out looking in the fields. Trying to find one with some grass left.”

“Hope he does,” I said quietly.

“He won’t,” Bud said, his voice oddly emotionless. I looked at him, but he was intently studying the rope.

He turned to look at me, his face hard. “He can try,” he said slowly. But I knew he didn’t believe a word of it.

At lunch, Dad turned to Mama. “The fields are pretty bare,” he told her. “But the west one’s got some grass yet. It’ll last a couple days, and by then…” Mama shook her head. We all hoped for rain, but by now it was like the mirages I was learning of in school – alluring us farther and farther into a waterless desert, something we could never grasp.

I pushed back my chair and stood up quickly. “Can I be excused?” I asked. “I’m gonna go find Rachel.” Mama nodded, and I threw on a jacket.

I ran all the way to the Covington’s rickety home, breathing hard. The cool air blew past me, and the shining sun gave me hope. Rachel stepped out before I knocked.

“Hey,” she said, smiling, “Isn’t it pretty?” She surveyed the vast sky. I nodded and threw my out grandly.

“I did it just for you!” I joked. She laughed and curtsied.

“Thank you,” she replied.

Sarah peeped out the window, and I beckoned her to join us. She limped out minutes later, coat in hand.

“Let’s go do something adventurous,” Rachel said, a sparkle in her eye.

“Something daring,” Sarah added. I nodded.

“I’ll see what I can do,” I grinned. Telling them to wait there, I ran toward the creek bank. In five minutes, I had set up a scavenger hunt, complete with dusty footprints and an X made out of sticks.

Rachel peered at the dirt. Whispering to Sarah, she pointed to my footprints. Sarah nodded, and began following them. Rachel and I followed behind her. The hunt went on for quite a while. Apparently, I had hidden the X too well. Fifteen minutes later, Sarah plopped down, exhausted. “I give up,” she said, winded. “Ok,” I said. “I’ll show you where it is, but I get to keep the treasure,” I joked.

“Fine,” Rachel agreed. She peered up at the sky. “It doesn’t normally get dark this early,” she commented. I bent down by Sarah.

“Why don’t we get you home,” Rachel suggested.

She looked at me and I nodded. “Sure. I’ll walk with you,” I agreed.

I bent to help Sarah up, but dust got in my eyes. Rachel and I exchanged glances. We squinted nervously at the sky, but didn’t see anything.

We ran into the field, seeing what we had hoped against. A billowing cloud of debris, rolling right toward us. I stood, watching with horror. “Come on,” Rachel shouted, jerking me with her. Eyes wide, we ran to Sarah. But Sarah wasn’t there.

“Sarah!” Rachel screamed, as the first handfuls of dirt were flung. No answer. “Sarah! Come on! We have to get home! Quick!” Rachel yelled. We were too late. With a sound like a roar, dirt tore past us. Our vision was blotted. “We have to stick together!” I yelled, feeling for and grabbing Rachel’s wrist. She held mine tensely.

“We have to find Sarah!” she yelled back.

The dirt got into my eyes and nose, and I couldn’t breath. There was no fresh air. Everything was penetrated with dirt. It was like trying to breath in underwater. Suffocating. Rachel and I huddled together, not knowing what to do.

The wind was strong, and ripped at our hands like it was trying to pull us apart. Then we heard a muffled voice.

“Sarah! Where are you?” Rachel screamed back, “We’re coming!”

She yanked me with her, my shoulder ramming into a tree that came from nowhere. I saw Sarah’s silhouette and reached out. We enclosed her in a human wall. Her body was shaking. I held her tighter.

“It’s gonna be ok,” I hollered, pulling my dress over my nose. I shut my eyes, but opened them again as Sarah coughed. It was not a normal cough. She clung to Rachel, sobbing.

I felt like sobbing, too. After ten minutes, I started to. Rachel put her head close to mine. “We have to find shelter,” she said through the noise. I nodded, though she couldn’t see it.

“Put Sarah in the middle. Hold hands, and I’ll lead,” she commanded.

We groped through the darkness, stumbling every so often. I heard Rachel gasping for breath as our lungs searched for air. My body pumped with adrenaline. Gasping for breath, we began to run. Sarah stumbled, but Rachel and I held her us as we jostled our way somewhere. We needed help, and we needed it soon.

The air darkened. Then, we heard a shout. “Rachel! Sarah!” it called. Rachel screamed back, then crumpled to the ground in relief. I tugged her off the ground and pulled both girls with me toward the voice. The dirt swirled around us, and the voice was drowned out. Maybe we had imagined it. A pebble hit my face, and I bit my lip to keep from crying out.

The voice came again. “Sarah! Rachel!” Sarah answered. “Here!” she shrieked. We all yelled at the top of our lungs. Through the swirling muck, a light appeared. A lantern. A man appeared.

It was Mr. Covington, Rachel’s father.

“Come on!” he yelled. He picked up Sarah and Rachel grasped his shoulder. I held Rachel’s arm, and we stumbled through the darkness. Holding my free hand out, my fingers brushed against splintered wood. The house. I sighed in relief and we all stumbled onto the porch and inside.

I had set out for home as soon as the storm had cleared, which hadn’t been soon at all. Lasting almost two hours, the storm was the worst one I had ever seen. I hoped it would be the worst I ever would see. I picked my way around mounds of gritty dirt. My shoes were filled with dirt, and I felt the gritty dust as it rubbed between my toes. It hadn’t had any trouble working its way into my stockings. I sighed and sneezed twice, as my body tried to rid itself of the intruding dirt.

I thought of Mama and how anxious she would be. I picked up my pace until I was running.  The dirt sifted out from under me and I fell face-first into the dust. Coughing and sputtering, I jumped up and attempted to wipe my burning eyes. My equally dirty sleeves just made a mess of things.

I continued flying through the dust until the house came into view. Cramped and winded, I went faster than running. Someone ought to make a word for the speed you go when you think your family might be worried. The word running isn’t fast enough.

The porch had already been shoveled off. I burst inside. Mama was sitting there, crying. She looked up, and relief showed through the tears on her face. She wiped off her face brusquely.

“Leona Burns! You scared us to death!” she scolded as she took me into her arms.

“Out lookin’ for you,” she answered.

“I’ll go tell them I’m alright,” I said, pulling away.

Mama grabbed my arm. “Be careful.”

I nodded and hurried outside. Tripping again, I laughed and didn’t bother to wipe off my face. I sobered as Mama’s red face flashed into my mind.

She was scared, too. This dust was suffocating her, too. Did she want to leave? I stopped short. Was she unhappy here? I just about cried.

Firmly resolved to forget about it, I ran to find Dad and Bud. They were coming from the Covington’s direction. Even from far away, their faces were drawn. I yelled and waved. They saw me, and I broke into a run. Arriving breathless, I smiled. “Glad you’re Ok,” Dad exclaimed, patting my arm. Bud turned the corner of his mouth up, like a solemn smile.

“That’s the worst duster yet,” I stated. Dad and Bud nodded, smiles fading. We took in the ruined fields, bony, yellow-eyed cattle, and dirt buried fences. “Pretty bad this time,” I admitted, studying the bleak sky.

“There’s still time, if we get rain soon,” I said desperately.

How has your week gone so far?