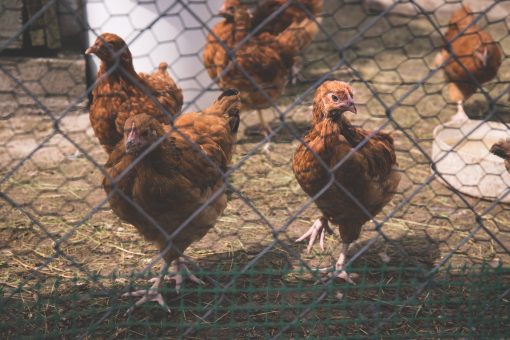 How are you today?

I’m here with the seventeenth chapter of Leona.

You can start from the top or see a list of chapters here.

Things were beginning to look bad. Even in our little town of Beaver, notices were being put up about restrictions on water. It was much worse at the ranch. I stopped putting water in our basins – the water was needed to drink. Even the cows didn’t get any unless we had had some first. I was upset for the first few weeks when the matted-looking mutt didn’t come, but deep down, I knew that we needed the water I would have given him.

We decided to give up the garden. Nothing would grow, and the limited water supply prevented us from trying. The plowed garden dirt had long since been scattered throughout Oklahoma.

I found myself thanking God for making Mama take us to Beaver. Without Mama, Bud, and me working jobs, we would have already been gone, living in shacks in California.

In 1937, I got sick. Call it what you will, but I think it was a devastating lack of hope. Many others like me were seen, haunting the streets of Beaver. Hollow-eyed, bleary, hopeless people, just surviving. At least at the little house in Beaver, the surrounding homes blocked out some of the dirt. We had no such luck at the ranch. I longed for water. I longed to sit under the pump while cold, clear water ran down my face. But the pump seemed to be struggling to supply us with drinking water, let alone water to bathe. Sometimes, the pump would make a wheezing sound, and the water would trickle out at the pace of a snail. At those times, the world stopped, as I strained to see if the water would continue to trickle. How I dreaded the day when the water would no longer come!

The awful day came. I pumped the handle of the water pump, and a clod of dirt fell out. I continued to pump. The spout let out a wheeze. Of air only. I ran inside, fearful, to tell Mama.

Within an hour, Dad had closed the shutters on the house, locked the door, and we were leaving for Beaver. The chickens cackled from the automobile roof where their crates were tied. “I’ll sell the cattle,” Dad told Mama. “We’ll bring the chickens. Might get some money for sellin’ eggs.”

And that is how we left the ranch. True to his word, Dad took care of selling the cattle. He came home with a few crisp bills in his hand. I could see the pain in his eyes. Silently, he handed the bills to Mama.

The chickens were exceedingly ruffled at their new surroundings, and the neighbors obviously resented their noise. I managed to quiet them down a bit with some feed, and a tiny bowl of water. Dad re-assembled their coop that evening.

With Dad living in Beaver with us, we stopped struggling to buy gas for the automobile. It sat motionless in the drive. The forlorn automobile stared at us pathetically every time we looked out the window. I began leaving the curtains that overlooked the drive closed. It would be a long time until we saw the ranch again.

Selling eggs didn’t end up working – the chickens only laid about three a day. Instead, we had them for lunch or dinner. Bud began skipping breakfast. He insisted it was because he wasn’t hungry, but I knew he was just trying to save food, and money. I followed his example, asserting that I wasn’t hungry either. My stomach always managed a loud grumble at that lie.

The chickens finally settled in, and it was my job to feed them and let them out of the coop on nice days. The five hens seemed even more arrogant to be living in town. The cock strutted as if to say, “Bask in my glory.” I laughed at them and contented myself with guessing how many chicks they would have.

Thankfully, by May, four of the five hens were brooding. The chalky white eggs they sat on would hopefully become baby chicks. The hens hatched the chicks like good mothers – sitting patiently for hours at a time. They were rewarded. Less than a month later, small, downy chicks inhabited the coop. They were adorable. I loved to go out back and pick them up. Sometimes they bit me with their tiny beaks. I would wince, but laughter would follow. The furry balls of feather were fierce.

Dad came home one day with news that he had found a job at the local gas station in Beaver. He had hoped to find a higher paying job, but we all agreed that this was better than nothing.

He left at six in the morning, and came home in time for supper. It wasn’t a big transition for the rest of us. We were used to not seeing him. Bud continued to work at Griggs’s, and I still left for Town Hall each morning. Mama kept selling Avon, but practically no one had the money for cosmetics these days.

I missed the ranch. I missed everything from my old life. Rachel hadn’t written me, as she said she would. I was scared. The barn was gone. Our cattle was gone. In my mind, the sight of the dead chicken would often remind me of the grotesque horrors this dirt had brought. The little dog at the ranch was gone. Eloise was in Boston, where the Depression would surely seek her out. Arlene was gone. We all knew she’d never come back. We had known that from the start. Even the newly-weds, Dolores and Brad Springer, had faced reality and left for a better place.

I remembered Will and Frank – their forlorn faces as they left all they had ever known. This dirt had hurt so many people. Ruined so many lives. Killed so many dreams.

When I contemplated these things, a twisted feeling would invade my stomach, a feeling that reminded me that I could do nothing. Nothing at all.

I stood silently in the doorway, watching Bud throw all of his clothes and belongings into an old carpet bag. Every once and a while, he would stop, his brown eyes far away. “Bud,” I said finally. He turned to face me. “Yes?” he asked impatiently. I paused. “Will it really help?” I asked. He nodded, a grin spreading across his face. “Yup,” he asserted. “When I come back home, this dirt will be nowhere in sight,” he laughed.

He had been lighthearted ever since Mama and Dad had agreed to his plan. He was going to work for the FDR, a government funded association that hired boys from ages eighteen to twenty-five. He was going to be payed and lodged for planting trees across the Great Plains. “It’s gonna stop soil erosion,” Bud assured us. I hoped so.

“When will you come back?” I asked him. “Dunno,” he shrugged. “When the dirt’s gone,” he finished, carelessly. I bit my lip. Why was he so happy to leave? “I’m a grown man now, Sis. I gotta start my own life,” he told me, as if he could read my thoughts. I nodded. “I’m a grown woman,” I wanted to say. “When will I start mine?”

Bud left the next day, with hearty goodbyes from everyone. “I love you,” I had called. He had yelled back, but the train had been too loud, and the words were drowned out. I knew we wouldn’t see him again for a long time. A very long time.

I’d love to hear your thoughts on chapter seventeen!