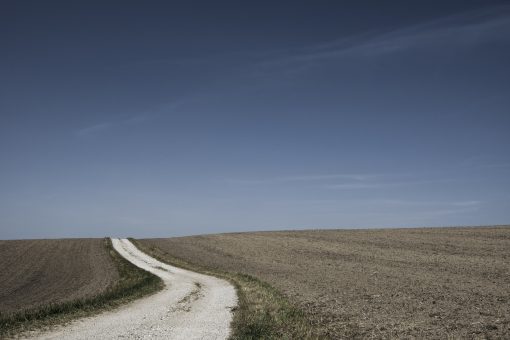 I’m here with the ninth chapter of Leona.

If you’d like to browse the previous chapters or find out what Leona is, here’s the link to the first post.

I hope you enjoy chapter nine!

I had gotten better, slowly but surely. My headaches slowed to a minimum, and the dizziness passed. One thing that didn’t pass, however, was the dust. It continued to spread filth where it was unwanted. And the rain. The non-existent rain. I begged God to “please send rain!” But God appeared to have a different plan.

In Beaver, I continued doing the grocery shopping, and Mama continued selling Avon. She was making good progress, and we hoped she’d get a promotion. At the ranch, things continued to be dry. And parched. And dirty. But we still called it home just the same. It was still our favorite place in the world. Except for maybe Mama. She loved Beaver.

December thirteenth began as a beautiful, clear day. “Thank you,” I prayed. We were at the ranch. Funny how both birthdays since moving to town had been on a weekend, allowing us to come home to celebrate. I pulled on a coat and sauntered outside. Stuffing my hands in my pockets, I headed for the creek. I walked alongside it for quite some time. It was dusk, and the silence was welcome. My head tingled, but I barely noticed.

A gust of wind blew in my face, and I winced as a pebble hit my forehead. Rubbing it, I listened to the quiet gurgle of the creek. I had been sad to see that the dam Bud and I had built so long ago had a much lower water line than it used to. I was also sad to see that the creek seemed to be getting smaller by the day. I bent down and sunk my finger into the water. The water was only an inch deep. I drew my finger away from the cold.

It was late, and I decided to walk back. I breathed the cold air deeply. It was sharp and clear. Dusk was setting in, and shapes started blurring together as the light became less defined. I patted Butter’s hard head as I passed, and she studied me, uninterested. I walked on past, and cleared the barb-wire fence without much difficulty. I shivered and rubbed my arms.

Another large gust of wind blasted past me. I turned around. Not a mile away was a duster, coming straight toward us. “Not another one!” I yelled in exasperation. I ran inside, thankful to see Dad and Bud and Mama all inside. “Another duster,” I said, shutting the door. Dad hopped up. “Good grief,” he muttered. Mama bent to stuff a rag under the door. Bud sat there rigidly.

We ate supper, listening to the moaning the wind, and watched dust gather on the window sills. “We don’t have gifts this year,” Mama apologized. “But I made your favorite supper.”

We finished supper and waited for the storm to pass.

It cleared in a matter of minutes.

“Well, then,” Mama said. That meant it was time to go. I sighed and pulled my coat on. “Bye, Dad.” He nodded, and stood at the door, watching us pull out.

I surveyed the wreckage from the automobile window dismally. The road was unusually thick with dirt. I strained to see our cows. I didn’t see Butter. I swallowed a lump in my throat. Just last week, Rachel’s cow had wandered off in the storm. We hadn’t seen her since.

The automobile made a funny rasping noise, and the wheels churned dirt into the air. We came to a stop. Mama slapped the steering-wheel. “Dog-gone it!” she spouted. She stepped out and observed the wheels, all of which were securely buried in dirt.

“Bud, Sis,” Mama called. “Come’n help me.” She rolled up her sleeves and dropped to her knees, a look of grim determination on her face. Using her hands, she scooped dust away from the tires. Bud and I jumped out to help.

Using hands alone took quite a while. It was getting dark. Digging became a monotonous motion of scoop and dump, scoop and dump. I looked around as I dug. I hoped we would get the automobile dug out soon. In my mind, I envisioned us stuck on the road the whole night, forced to sleep on the back seats. My hand scraped against something sharp. I looked down. I had hit a large, sharp stone. I kept digging. Pretty soon, I felt something sticky running down my hand. I looked down to find a large gash up the side of my hand. It was bleeding, and the dirt had gotten in it and crusted over it. I winced, thinking of the pain that would come when I washed it off.

Mama called out. “Let’s try to start it again,” she yelled. We all got in the automobile, and Mama started it. After a grinding few seconds of spinning wheels and stationary automobile, we lurched forward. “Thank You, God,” Mama breathed. I silently echoed her.

Half an hour later, we were driving through Beaver, exceedingly dirty. My hands were covered in the chalky dust, and my hand was oozing blood. “Oh, well,” I thought. ”At least we’re almost there.” We pulled up to our house, trepidatious to see what damage had occurred.

I barely glanced around. I stumbled inside as soon as Mama unlocked the front door. In the bathroom, I turned on the faucet. Cold water gushed out. It was slightly brown. I tried to ignore that. Thrusting my hand under it, I grimaced. The scrape stung as the dirt and blood was washed away. I went to find medication for it.

Once my cut was taken care of, I ventured to look outside. It was almost nine o’clock, and the yard was black. “I’ll look in the morning,” I said out loud.

I kept my word, and went out before school the next day. The garden out back was seemingly spread around the entire little yard. I retrieved a rag and washed the grime off the back windows. My hand hurt, but using only your left hand to wash windows is close to impossible. The loose dirt in the air clung to the wet windows as soon as I washed them. I sighed and went around front. The windows in the front didn’t do much better, but I knew Mama wanted our house presentable, and the dirt-encrusted windows were not.

Mama was inside, and she handed me my lunch. “Thanks, Mama,” I mumbled. She nodded. “Let me see that hand,” she said. I held it up gingerly, and she murmured over the large scab. “It’s healing,” she said. She told me to hurry to school, and I did, mortified at the sight of dirt piled up at every curb and on every roof.

I showed my cut to Arlene and Lillian, but was careful not to make an ordeal. The whole school didn’t need to know about Leona Burn’s hand. One thing these town kids liked more than hearing a story was telling it, and it got bigger with every round. Thankfully, the girls didn’t seem to deem a cut worthy gossip, and no one made a fuss.