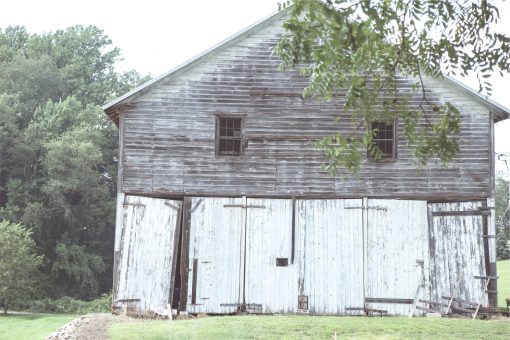 I’m here with the fifteenth chapter of my novel, Leona.

I hope you enjoy Chapter Fifteen!

We were still surviving. There were no FSRC food baskets at our door. Yet. The Federal Surplus Relief Corporation was distributing food baskets to people in financial trouble. I had seen the baskets on Rachel’s counter. That was before she left. I refused to imagine what would happen to us if we began to receive those baskets.

It was as if nature didn’t think we were miserable enough. As if it wanted to see those baskets sitting on our counter, and hear our stomachs grumbling.

It started on a Sunday. Bud drove us to the ranch, and we pulled up at the house around eleven o’clock. Dad was standing on the porch, smoking. “Hey,” he called. His brow was more furrowed than I remembered. Mama gave him a hug and hurried inside to make coffee.

I sprinted around to the outhouse, wishing we had indoor plumbing at the ranch, too. We had a light lunch of bacon and eggs, and began relaxing, as we were wont to do on Sundays. Being working folks, Sunday was taken seriously, but only in regards to serious rest. We did nothing strenuous. Except chores. But those didn’t count. I hurried to feed the chickens and collect eggs, and then sat down to read.

I was deeply into my book, until Bud walked in and startled me out of it, saying, “Seen Dad around here?” I shook my head. “Nope.” He nodded and walked away listlessly. I heard the screen door bang and resumed my reading. Then I heard it – a splintering noise, followed by the cracking of a beam, and a crash. I jumped up, throwing my book on the sofa. I ran to see what was the matter, and heard Bud yelling. Mama was already running toward the door. We threw it open and rushed outside. Bud was streaking toward the barn, or what was left of it. Dirt sifted through the air as if to say, “Yes, I did it. Aren’t I mean?”

The roof had caved in, and, judging by Bud’s frantic yelling, Dad was inside. I screamed and ran, petrified, toward the splintered beams. Shingles littered the dusty ground, and dirt put an eerie mist over everything. Bud was already heaving aside boards, making desperate attempts to find Dad. Mama stumbled up beside him and began to help, calling repeatedly, face distraught. I stood, too terrified to move, too dazed to help. Bud yanked me hard, and I woke up out of my daze and began hauling fragments of wood to the side. The shredded splinters cut my hands, but I didn’t notice in my terror.

My hand began to bleed and stained the wood.

“Dad!” I screamed. No answer. Mama’s face told what no words could. The fear there made my heart stop.

He can’t be dead. I threw another slab of wood away. Bud yelled.

I saw Dad’s boot protruding from a board.

We pulled the boards away from the still form recklessly and Mama threw her head onto Dad’s chest. Seconds ticked by. She looked up, tears streaming down her face.

His tool shelf had kept the board from crushing him.

“Thank You, God!” I exclaimed out loud.

We dragged the last board away and studied Dad’s blank face.

“He’s knocked out,” Bud commented, and proceeded the bend down and lift his head. Mama took a side, I took his legs, and we dragged Dad inside and to the sofa. His face was pale, eyes closed. I knew his pain. I stood with him while Mama brought cold water to wash his face.

He didn’t stir. I glanced at Mama, but her face was passive. “He might not wake up for a few hours,” she told us. We sat down to wait.

And that is how our Sunday was spent: waiting for Dad to wake up.

Around nine that night, he opened his eyes. He sat up jerkily and said, “Where’s Rose?” Mama bustled in. “Here I am,” she said quickly. “What happened?” he asked her. “Barn caved in and it knocked you. We had an awful scare.” Dad shook his head. “That ain’t gonna be cheap to fix,” he muttered. That’s how we knew he was alright.

I took a few days off of work and stayed at the ranch to fix Dad meals and be sure he really was ok. Thankful he was safe, I didn’t think much of the barn, which was now a dilapidated mess. Dad did. The horses had been grazing outside, and none had been hurt. But the barn was damaged beyond repair.

That was just the thing we had hoped against. With no where to put the cattle and horses, and our cattle starving to death, we were in a fix. Dad took Mama aside the next week, and the discussed something intently for almost an hour. Their hoarse whispers kept me awake that night.

A putrid cattle truck pulled into our yard. I watched with horror as Dad sold our beloved cattle to the government, for twenty dollars a head. Simply sold them off. Bud didn’t seem concerned. “He’s gettin’ a better price for ‘em than he would anywhere else. The government’s doin’ it to help people in financial trouble.”

So we were in trouble now, too. I heaved a sigh, and watched Silkie, Milkie, and all but five or our herd, now skeletons, being herded into the truck. The truck that would take them to their doom. It was a pleasant factor. The starving creatures would be happier dead.

I averted my eyes, and turned to go inside. Mama was watching from the window. I saw a tear on her cheek. How I wished I could cry! But I was as dry and waterless as the land we lived on. I slammed the door instead.

What are your thoughts?