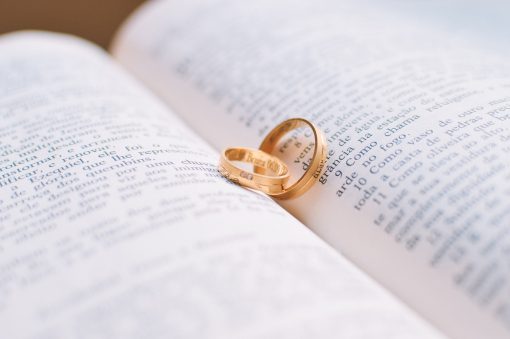 I’m here with the second-to-last chapter of Leona!

Life dragged on monotonously. It felt like the dirt storms that came as they pleased. Blurred, with no color, no light, and no hope. I forced myself up each morning, feeling my aching bones resist, my dry throat screaming at me. I dropped into bed each night, with the opposite effect. My entire body willed me to stay in bed forever.

I was so tired of the drought and the dirt. My body was worn from hunger and fatigue. But I knew it was also thirsting for something greater than water. I thought guiltily of how often I had pleaded and bargained with God. How often I was now begging Him for help during hard times, even though I had never given him a thought before this dust. I wanted to beg for forgiveness now. So I did. Exhausted from fighting Him, I prayed. “Whatever happens, I know You’re God. I trust You. At least I want to. Help me to.” And God answered me. I was tired of fighting the drought, so I stopped.

Forgiveness came, and with forgiveness came peace. It was a kind of peace I had never felt before. I now knew that this was the one true God. He hadn’t forsaken us. He had allowed this drought, this dirt, to happen, for some reason.

Six months passed before we got word from Bud. Six months that I had strived to grow closer to the mysterious Creator who had given me grace. Accepting God’s grace and love didn’t magically make the drought stop. It didn’t make me perfect, or give me happiness. But it gave me peace in the fact that He was in charge. Letting Him take charge meant that the burden was lifted off my shoulders. If I hadn’t let Him carry me, I know I wouldn’t have lasted much longer.

It was November when we finally got a wrinkled letter. It read:

The FDR is hard work, but they’re paying me good and I’ll do anything to stop the dust. I found David the other day. Now, we work side by side. Can you believe it that two kids from Beaver found each other out of hundreds of guys?

That was the only letter we got from him that month. He was too busy to write more, I knew. But I still wished he would. Couldn’t he make time? At the same time I was being proud of him, I was also worried. What if he got hurt? Planting trees could be dangerous, couldn’t it? I didn’t know.

The new year, 1939, was lonely without Bud. We lived on, waiting. Waiting for something. And if rain didn’t come, we were waiting for rest. It seemed that neither one would come.

A letter finally came in April. This one beat the record for shortest letter ever, I was sure. But none of us cared, because the letter read:

I’ll be home in a few weeks. And I’m bringing a surprise. Bud.

For the next few days, life took on a less monotonous form, and I found it easier to get up in the mornings knowing Bud and his surprise could come any time. I about fell over backwards when I saw the surprise Bud had mentioned so casually.

It was May 21, and we were going about our normal lives. Bud hadn’t given a date, so naturally we just waited. A knock on the door sent us all scurrying, and I opened it first. He smiled as I opened it, and I noted with satisfaction that he looked healthy and muscular. He had tanned quite a bit, and something was different about him. He seemed more manly. More grown. Then, I saw her. A quiet, smiling girl behind him. She glanced at me timidly, with a look that said, “Do you accept me?”

My brain put things together with a snap, and I jumped. Bud was bringing a surprise. A surprise. This slim young girl was it. She was the surprise. Bud was in love. My eyes opened wider than they had ever opened before as I realized that my guess was correct.

Mama saw it and breathed an “oh, my.” She invited them in, smiling uncertainly. Dad patted Bud on the back. Bud nodded in answer to his questions and smiled broadly. He looked so old! He was manly and broad, his dark hair slicked back. I was astounded. Bud, in love? I followed them inside in a daze.

Something gleamed on the girl’s left hand. I gasped, and put an arm out to steady myself. Mama saw it, too, and sat down quickly. It was more than going steady. Bud had brought a wife.

The girl seated herself hesitantly. Mama regained her color, and studied her shamelessly. She seemed satisfied. The girl was attractive, quiet, and young. When asked her age, “nineteen” was pleasantly offered as a reply.

Her name was Mary Russell. “But everyone calls me Dot,” she confided, beaming. “All of my family, I mean,” she added, looking at me unsurely.

“You can if you want,” she offered hopefully. I smiled. “Alright, Dot,” I nodded, still too dizzy to fully realize what was happening. She looked relieved, and all the prettier for that.

Bud was sitting next to her, and answering all of Dad’s questions. They had gotten married in Iowa, where Dot’s family lived. “I was in West Hale helping my Aunt, who was going to have a baby. Bud was working with the FDR across the Kansas land, and somehow, we met.” That was all the explanation given. Bud and his bride were obviously very much in love. They left after supper, insisting that they had to get on back to their Inn. I stood at the door, still stunned.

The next day was rough. I finally comprehended it. Bud was a married man, and not just my brother anymore. He was the head of the family, now. I sat in bed, still amazed. It took a few days for me to adjust, as Bud and Dot began their life together. They settled in a small white home across Beaver. It was only about a ten minute walk from our home.

Bud and Dot moved their few possessions from the Inn they were staying at, and moved to their first home. After that, I only saw Bud a little. Some would laugh at me. But I had taken his presence for granted, and it was strange to have it taken away.

I was happy for him, of course. Extremely. He was a different man. Happier, somehow. I liked it, and I liked her, too. Dot was a wonderful girl, and everyone grew to love her.

All of June passed quietly, and we lived contentedly. I noticed, with growing anticipation, the lack of dust storms. In August, I realized ecstatically that it had been months since the last one. I told this to Mama, and she smiled softly. I hadn’t noticed how much she had aged. Silver streaks adorned her bobbed hair, and lines that should have marked good times of laughter ‘round her eyes instead creased her forehead as proof of many worried frowns.

What I began to realize, though, was that the dust was only a small part of the problem. No amount of tree-planting could end the drought. It stopped the dust, but the thirst still gnawed. I woke every morning with a dry, thirsting throat. One that couldn’t be satisfied. I drank the small amount of water I was allowed. That only made me thirstier.

Many times I thought about our ranch. Our waterless, deserted ranch. Would we ever go back to it? These thoughts occupied my mind as I filed papers at Town Hall. Or as I washed out the kitchen sink at home. I had managed all year to keep busy, but ever since Bud had brought home Dot, I had felt a gnawing feeling inside me. A question without an answer. Was there someone out there for me? I dreamt of someone coming to find me, and whooshing me away to a home of my own. But no one came.

It was a fall day when my loneliness finally drove me to do something I had thought of doing for a long time. Early Sunday morning, I took the key from the drawer, strapped on shoes and a sweater, and set out.

I was going to the ranch. My feet followed the dusty road we had driven so many times. Step after step I walked. My mind set on a narrow goal. This could be dangerous, I thought. What if I get hurt? I haven’t told anyone where I’m going. But I knew that if I told, I would be talked out of it. Walking two miles just to see a broken old house, with no water, no help, and no hope?  Walking two miles to see a memory-laden house deserted and empty.

But I needed to see it. I wanted to see it. I saw the house from a ways off. It was forlorn and empty. The porch sagged and the windows gaped at me, like empty black holes. I shuddered, and forced my way on. I clomped up the worn steps and plopped down on the porch. I studied the yard, now just a pile of dirt. I studied our barn, now just a pile of boards. I studied our fields, now without cattle. In my mind were the remnants of the life I had lived here. I had been born and raised here. Learned how to walk here. Ridden my first horse here. Lost my first tooth here. Made my first friend here. Broken bones here. Laughed and cried here. I had lived here.

Now the solemn little shelter creaked in the wind, and it sounded like a lonely cry. “Will we make any more memories here?” I asked out loud. Silence answered me. I stood up hastily, never bothering to go inside. I didn’t think I could bear it. I left as discreetly as I had come. Only dusty footprints were left. Footprints leading to and away from my beloved home. I turned back to look one more time. Wasn’t that the story of my life?

We’re nearing the end of the novel – what do you think?